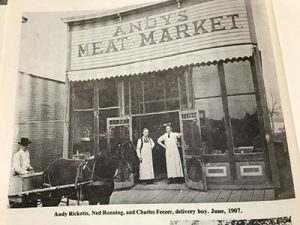 Ricketts had purchased equipment from George Mathieson’s meat market (Exchange Meat Market on Main Avenue) in 1907 for his new business on the corner of Deadwood and Main.  In 1919, he built a second building at this location also called Andy’s Meat Market and operated it until he passed away in 1949.  His son, George Ricketts, operated Andy’s Meat Market until 1969 when George Middleton bought it and it became Butcher Boy. In later years, it was used by the Cowboy Inn/Rock’n R Bar, the Fort Pierre Times newspaper, a taxidermy shop, and two different electrician’s offices.  The building was purchased in 2019 by Ryan and Tessa Krueger and remodeled for the CHALK Pre School and Krueger Contracting office. 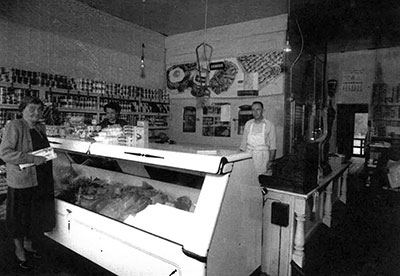 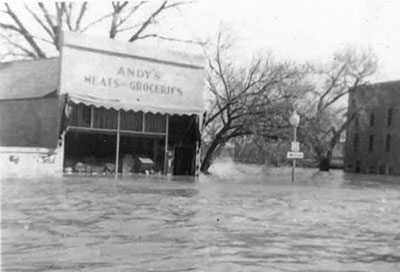 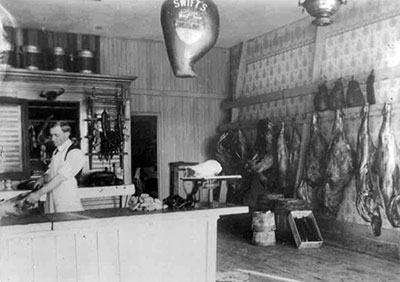 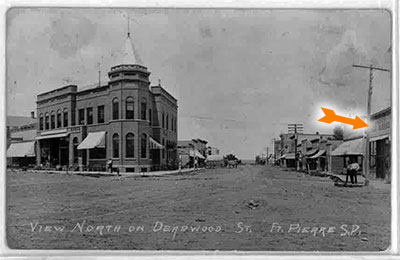 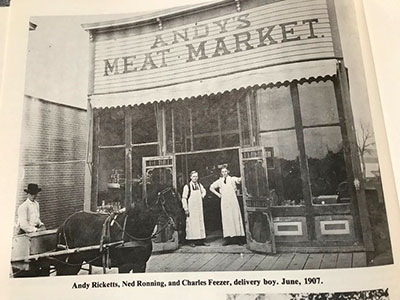 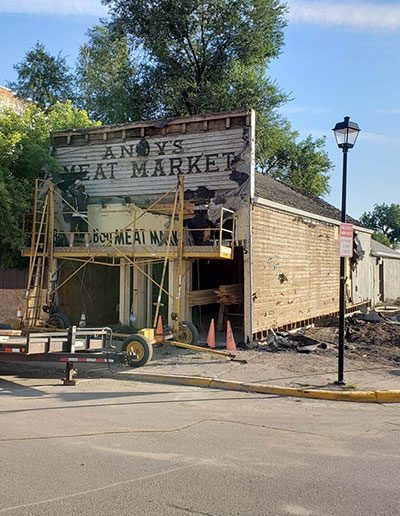 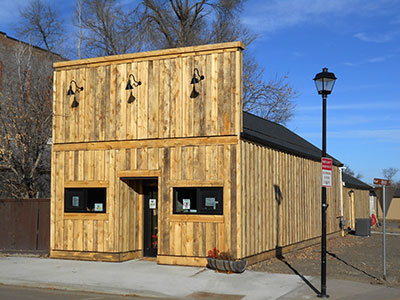