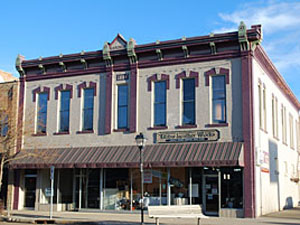 Built during Pierre’s second building boom, the Karcher Block was one of the first brick commercial buildings in the city. Commissioned by Henry Karcher and constructed in 1884, the block is in the popular Commercial style with Italianate features. Karcher was instrumental in providing permanency to the present downtown business district of Pierre. 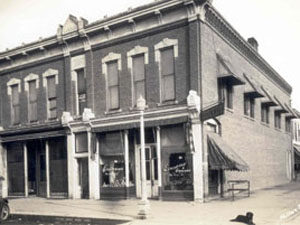 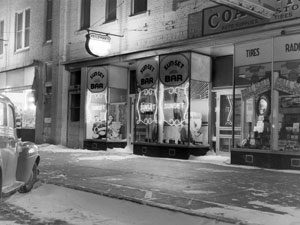 The Karcher Block provided for two retail spaces on the main floor, including a post office, and a second floor used as a public hall. Construction of the Karcher Block and the Central Block, another major downtown building, at the same time guaranteed that West Pierre would be the focus of the business district. The Karcher Block was considered one of the most desirable business locations in the city because of its central location on the northeast corner of Pierre Street and Dakota Avenue. In continual use since its construction, the building served as the home for many thriving downtown businesses including retail stores, doctors and lawyers offices, real estate agencies, an immigration and employment bureau, the Dakota Poster newspaper, and the Pierre City Railroad Company. The block stayed in the Karcher family until 1989.