The South Dakota National Guard Museum in Pierre, SD, originated as the Truck and Gun Shed property. It sets on approximately a half acre lot located on the corner of East Dakota Avenue and South Chapelle St. The Truck and Gun shed was constructed in 1941 as a WPA (Works Progress Administration) construction project. The building was constructed in an Art/Deco style distinctive of the WPA and is only one of four Truck and Gun sheds build in South Dakota. This is the only one still in existence today. 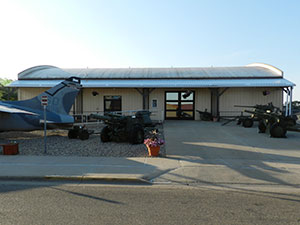 The city auditorium was built across the street in 1936. It was a joint use building for both the city and the National Guard. That building was tore down in 2014.

The Truck and Gun Shed was originally built as the maintenance shop and storage for the 147th Field Artillery a South Dakota National Guard Unit stationed in Pierre. The lower level was used as the Maintenance Shop and the upper lever was a parking area, storage and weapons vault.

This Truck and Gun shed remained in use until 1973 when a new joint use armory and motor pool were built east of town. 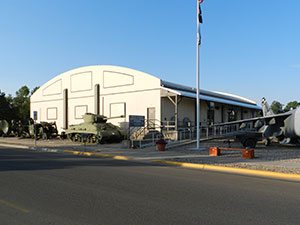 In 1982 a bill was introduced to the state legislature to build a SD National Guard Museum.